Donate portion of a reward to charity

Give your recipients in any country/currency the option to donate a percentage or portion of their reward to a new list of charities in many countries and regions.

How is this different from the traditional donate to charity payment method in Ethnio rewards? 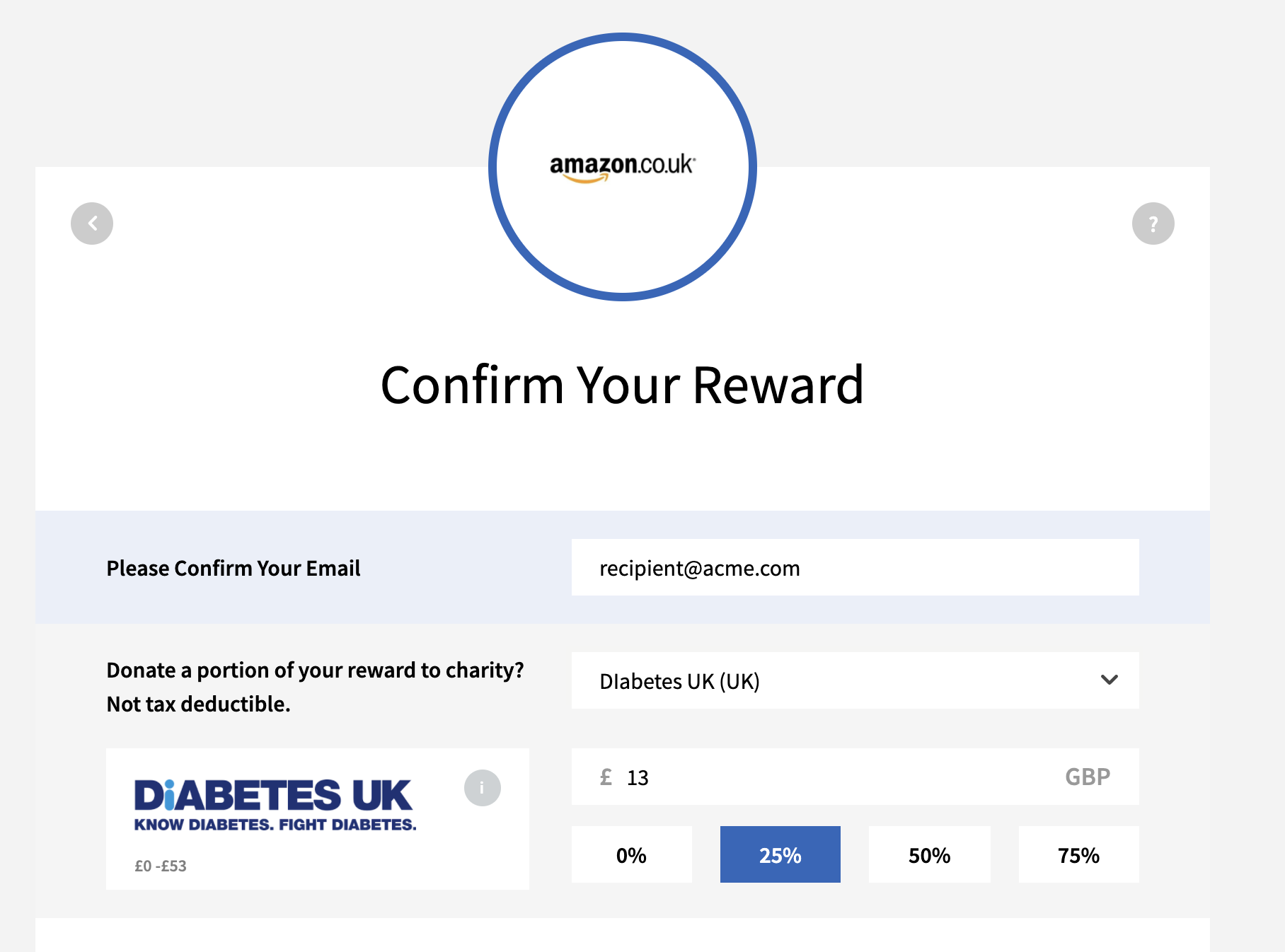 This can be set  independently of the full charity option that's been in Ethnio as a payment method. Full charity has always allowed recipients to donate their entire reward to charity

You can define which charities recipients see from the same list of charity options that you define for the full charity option, and recipients can enter any value or use the percentage, as long as it's less than their reward and the minimum amount for their selected payment method.

Do all recipients see the option to donate a portion of their reward?

This is tricky. Only recipients that have a combination of a high enough reward amount and a low payment method minimum can donate a portion to charity. That equation is something like  {75% of Available Reward Amount}. So  - {Minimum Payment Method Amount} = Donate Portion Eligibility. Let's look at two example scenarios to understand this.

Generally speaking, rewards for $20 and higher will see the option to donate to portion.

The first is for a $10 USD Incentive - $10 Amazon US Minimum = No. The recipient chooses Amazon US, which has a $10 minimum range (see pay flow on min/max), and there's no option to donate portion, because Amazon US will not accept anything less than $10: 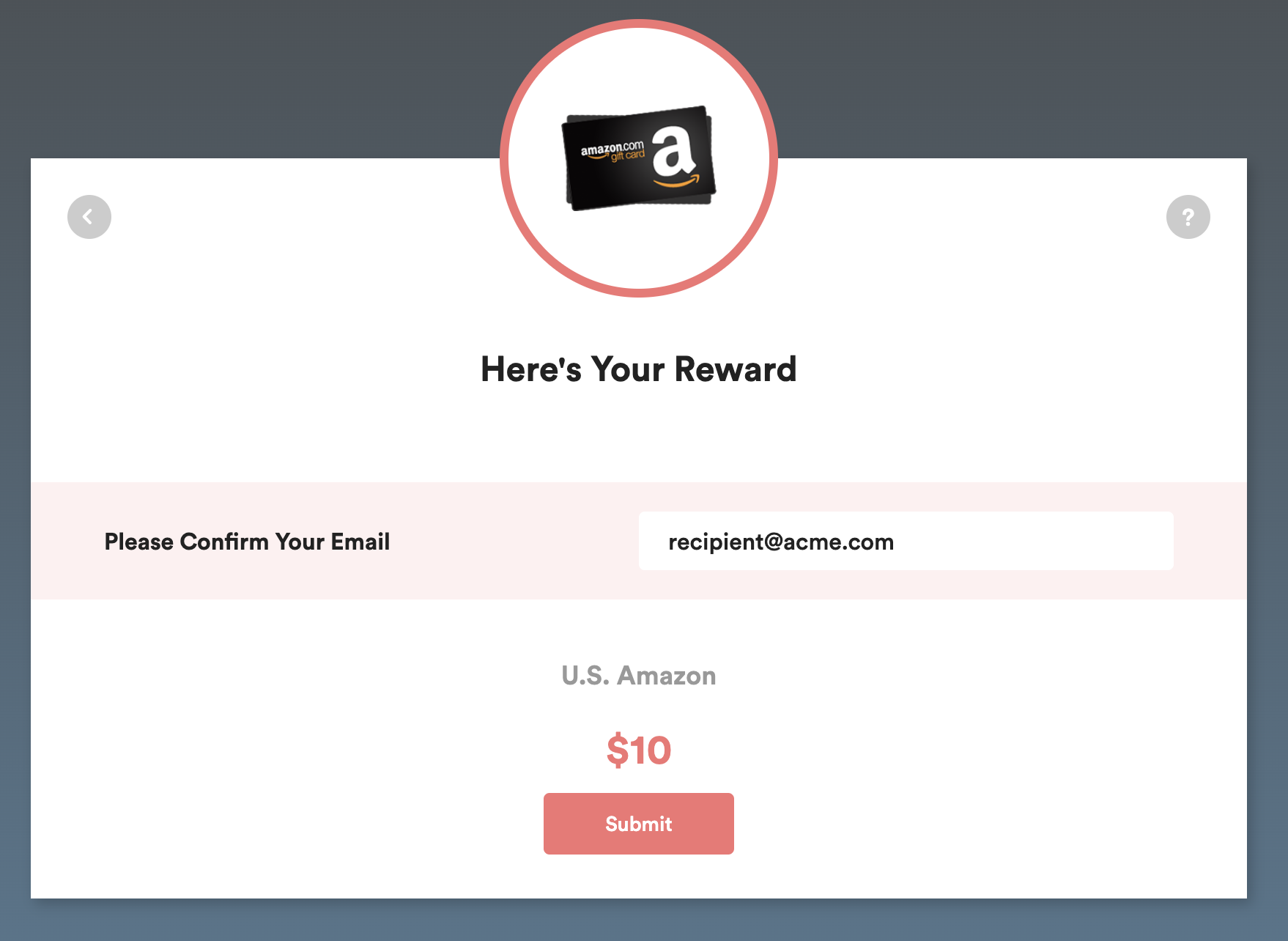 But if the very same recipient chose PayPal, which has a $1 minimum, they would have the option to donate to charity. That's because a $10 USD Incentive - $1 PayPal Minimum = Yes 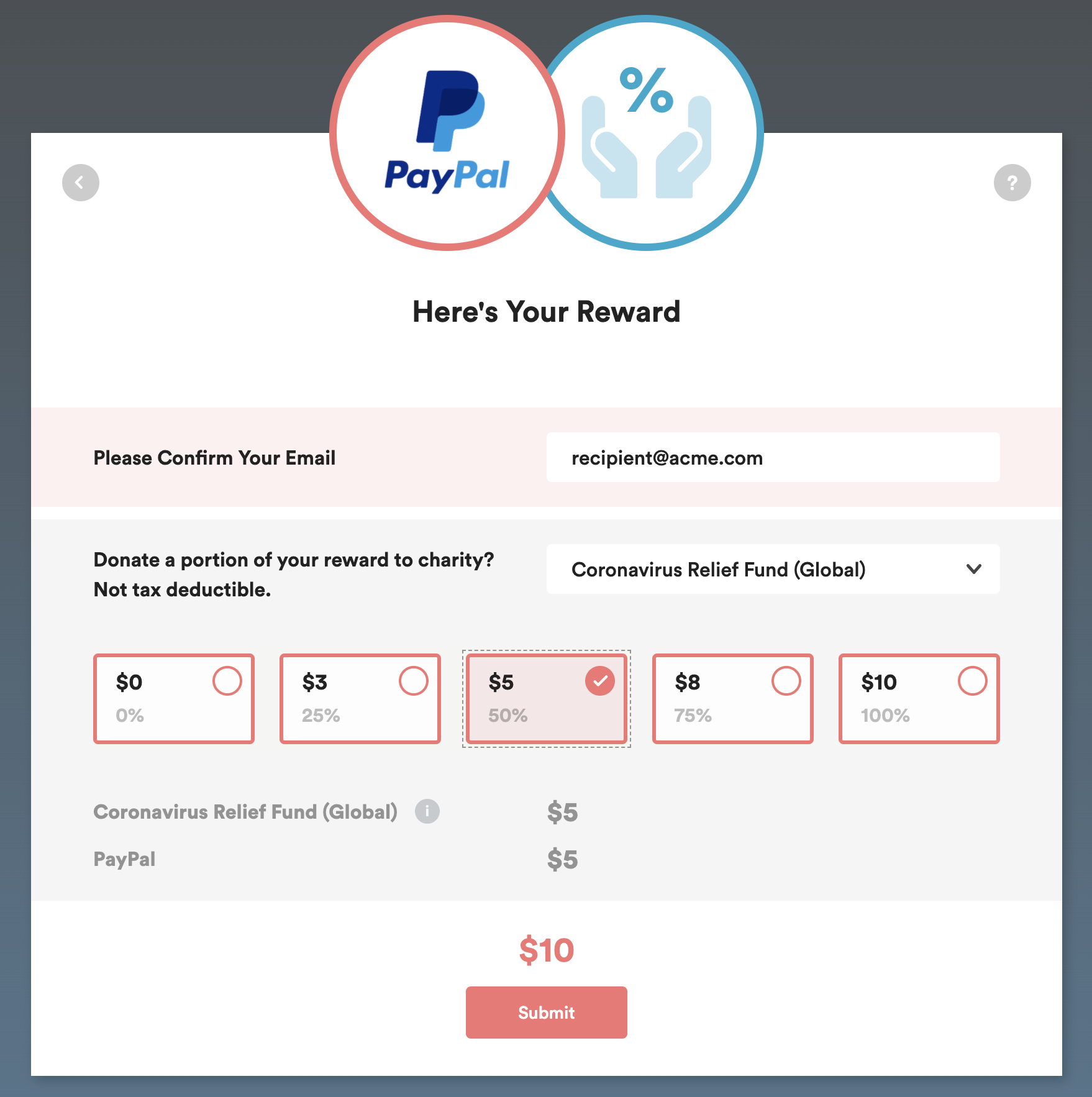