You have the ability to target screeners you've published as either web or app intercepts based on location, device, browsers, and operating system. That means you can choose to only display your screener to mobile users, or only display in certain countries or cities. This has been a long time in development, but beware that targeting relies on browser information called a "user agent string" and GeoIP and is only about 85% accurate. 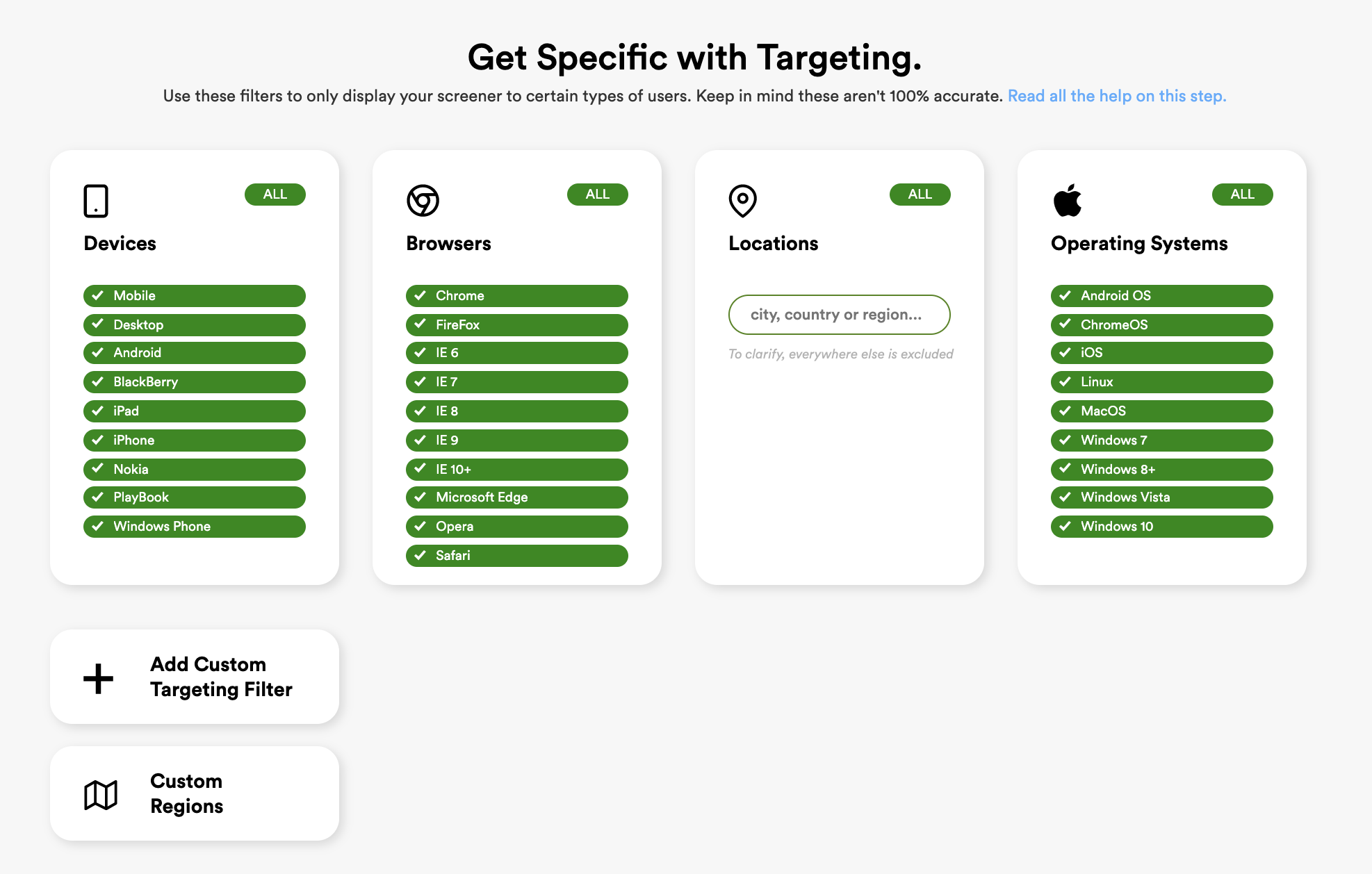 That means you could lose out on a ton of potential responses if you turn on targeting. Consider adding simple screener questions for the things you really care about instead of using targeting. For example, create a dropdown question "Where are you located?" Then only put the answers you care about and an "Other" answer. You can then filter with more certainty in recruits on that answer.

To activate targeting, go to Screeners >> Targeting. Then you can toggle different devices, browsers, or locations on and off. If you start to see a drop in response rate, you probably just targeted out too many people, so don't forget to reset all four targets to "all" if you need to troubleshoot.

You can just start typing in the field to search for cities or countries. Only countries and cities with a population of at least 100,000  are included.

For historical reasons, there is no strict structure to User-Agent strings. They contain many keywords which aren’t true for the request. For example, many User-Agent strings start with the word “Mozilla” even when they have nothing to do with the Mozilla’s browser Firefox. Here's an example of a User-Agent string used by IE Mobile on a Windows Phone-based device:

There are hundreds of thousands of device and browser combinations with different User-Agent strings which have to be tracked in order to make the detection accurate. Lots of devices masquerade as something else, which is a common practice, and makes it even trickier.